We have partnered with an array of speakers who are recognised in their field for their extensive knowledge. 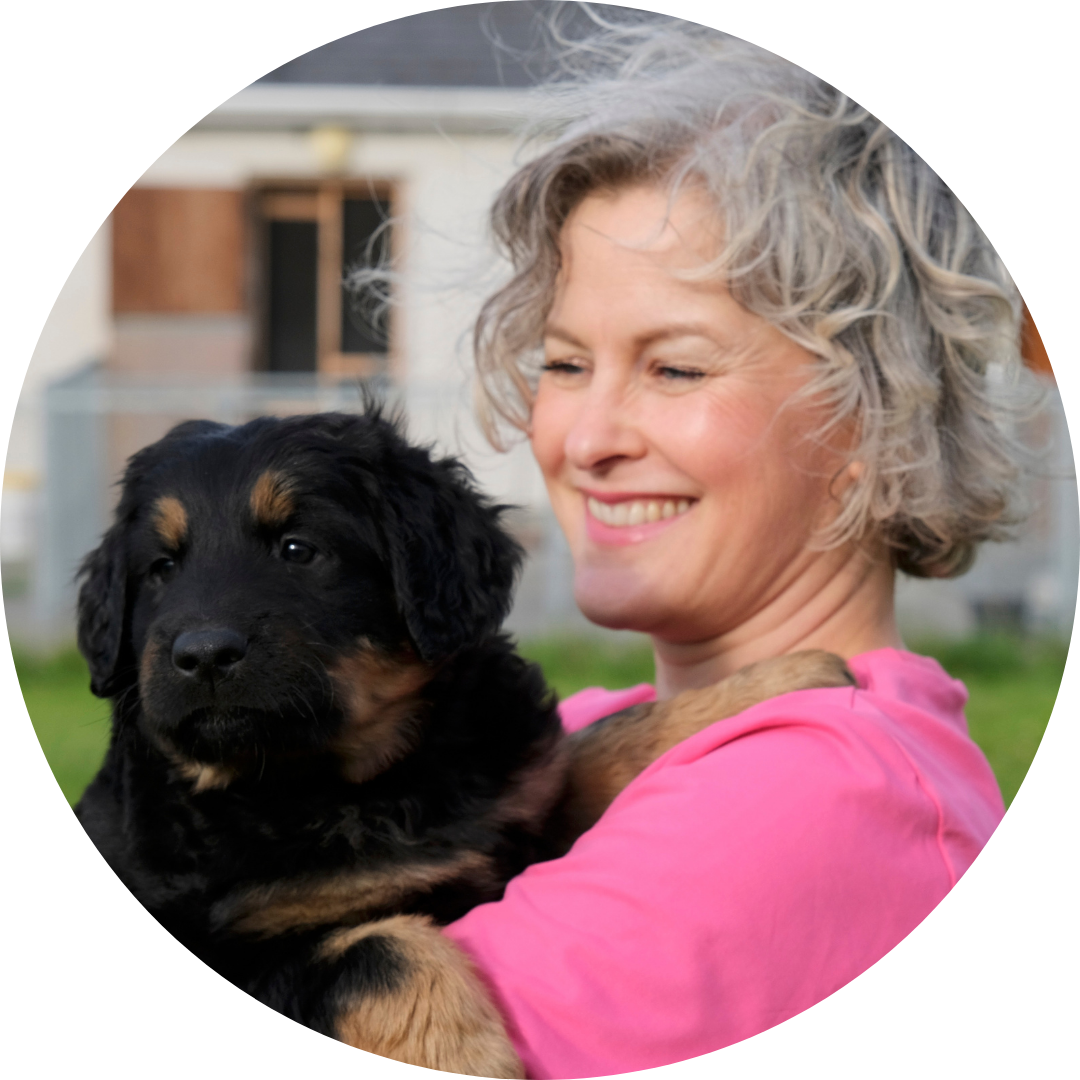 Vilhelmiina completed her specialist training in UCD in 2012. Prior to starting the three-year veterinary anaesthesia residency in Dublin, she worked in private practice in Finland, completed a one-year small animal rotating internship in Helsinki University and a one-year emergency and critical care internship in Tufts University (USA). Vilhelmiina became a Diplomate of the European College of Veterinary Anaesthesia and Analgesia in 2014.

Professionally Vilhelmiina’s major areas of interest include anaesthesia of critically ill patients (both large and small) and anaesthesia of giraffes and other zoo/wild animals. She also enjoys reading, cooking, travelling, decorating her house and learning new languages. 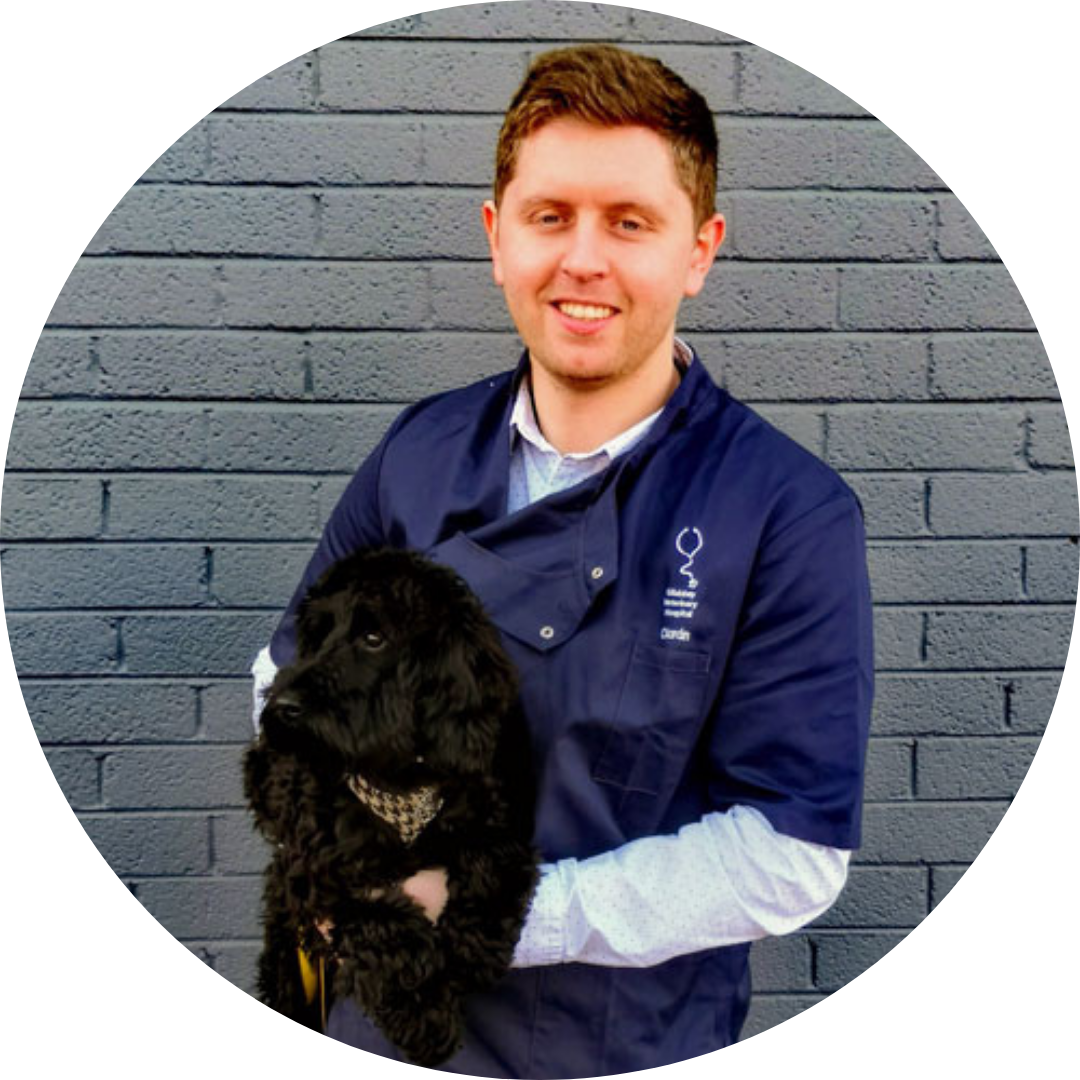 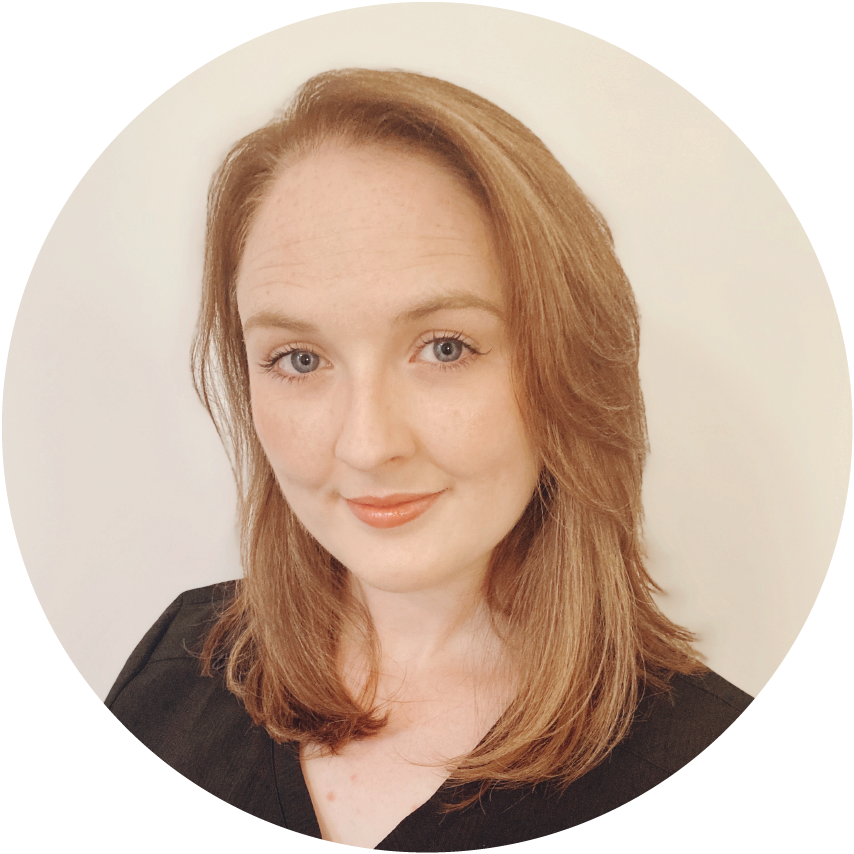 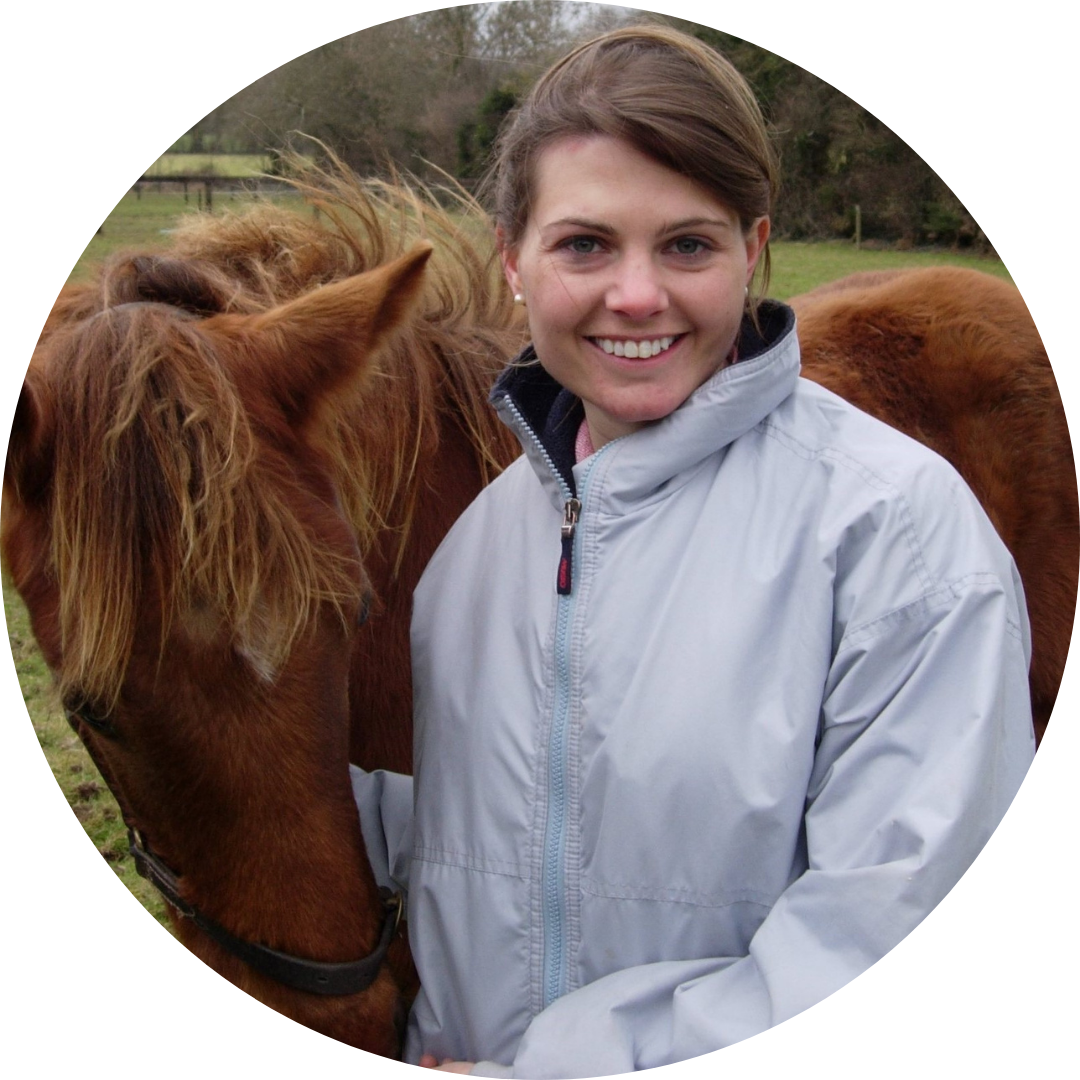 Jennie graduated from Liverpool University in 2002 and joined Newcombe and East as an assistant stud vet, “shuttling” between the UK and Australia to complete an internship at Goulburn Valley Equine Hospital and stud seasons in the Hunter Valley. In 2005, she started a Residency in Equine Internal Medicine at Edinburgh University, becoming a Diplomat of the European College of Equine Internal Medicine in 2009.  Following the residency, Jennie worked at Godolphin’s Kildangan Stud for three seasons and as a locum Lecturer in Equine Medicine at University College Dublin, before moving to the newly built Newmarket Equine Hospital, where she spent 7 years running the neonatal intensive care service. Jennie is currently working as resident veterinarian for Ballylinch Stud in Kilkenny. 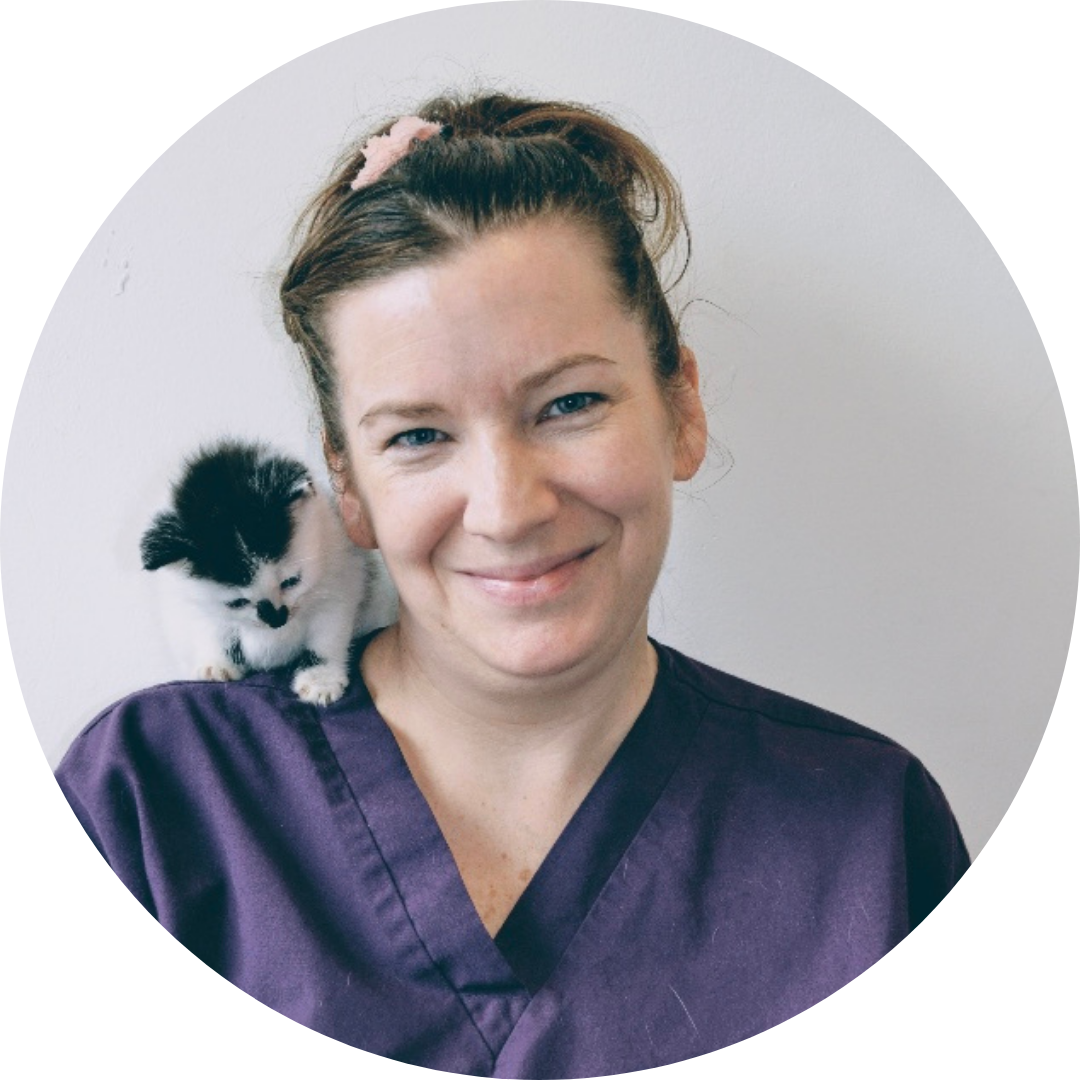 Paula has been working as an RVN for over 14 years and as a veterinary social media manager for the past 9 years.

Having gained a Diploma in Feline Nursing, with distinction, through the ISFM she is currently completing the ISFM Advanced Certificate in Feline Behaviour. Paula has also completed a Diploma in Digital Media Marketing with Distinction so as you might have guessed, cats and social media marketing are her two passions. Paula then decided to combine both of these and The Purrfect Nurse was created.

Paula promotes a feline friendly approach to cats, through one-to-one services and workshops. However, she also offers social media consultancy for veterinary practices, who either want to start marketing their practice on these platforms or would like to improve on what they are already doing as she knows first-hand, the value of creating online engagement around your veterinary practice and building an online community.

When not busy locum nursing and helping cat owners and veterinary practices, you can find her hanging out with her own kittys, Logan and Taco. 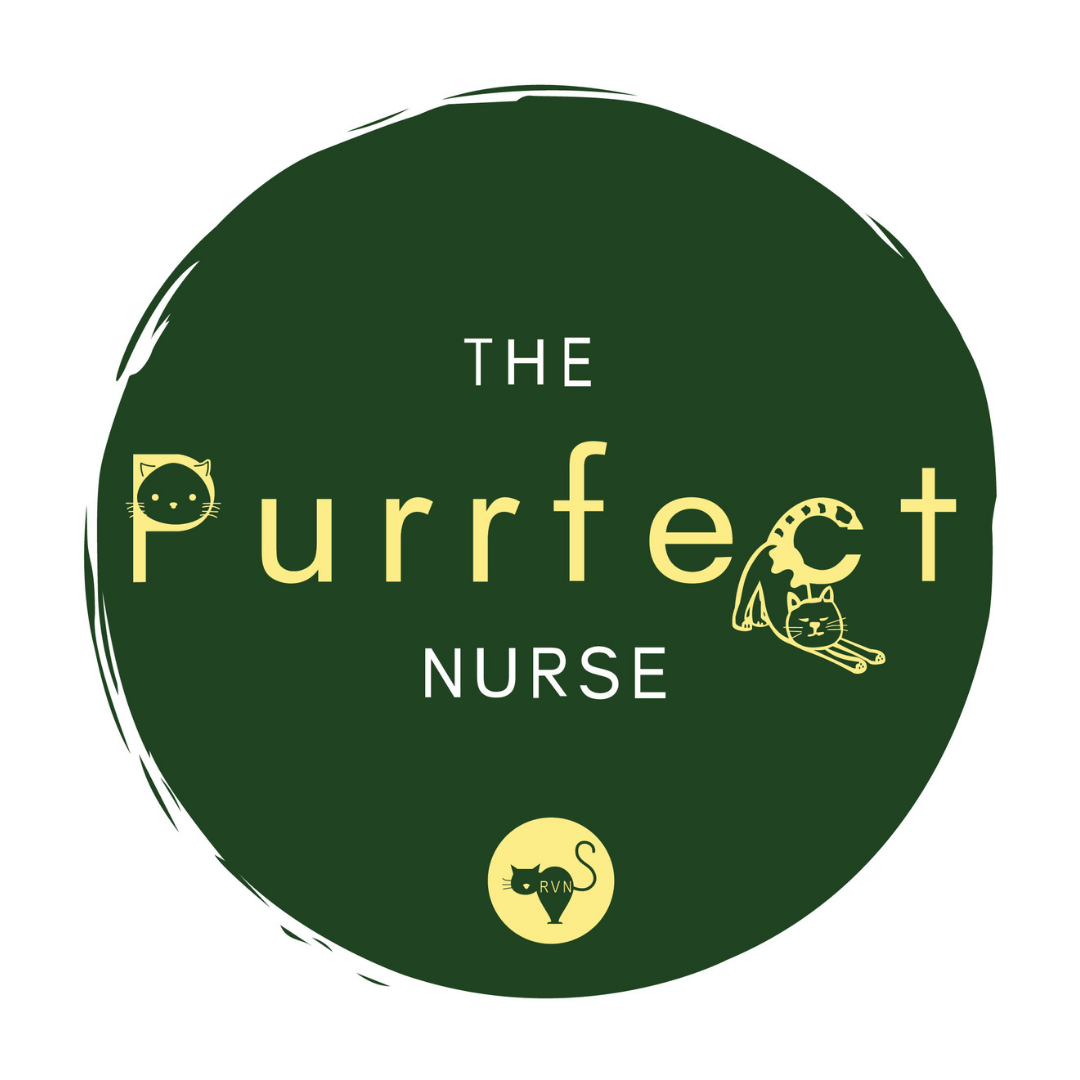 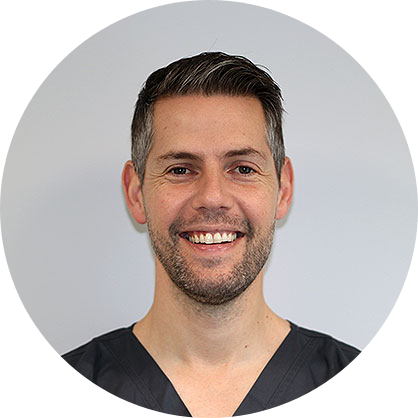 Aidan holds the ECVS Diploma in small animal surgery and is an ECVS & RCVS recognised specialist in small animal surgery. He has worked in several large multi-disciplinary referral hospitals across the U.K and gained extensive experience in soft tissue, orthopaedic and neurosurgery. Aidan was previously Assistant Professor of Veterinary Surgery at University College Dublin and continues to provide postgraduate education through his role as Associate Tutor with the University of Chester and CPD Solutions. He holds a Masters degree in Clinical Oncology and is actively involved in clinical research in this area. 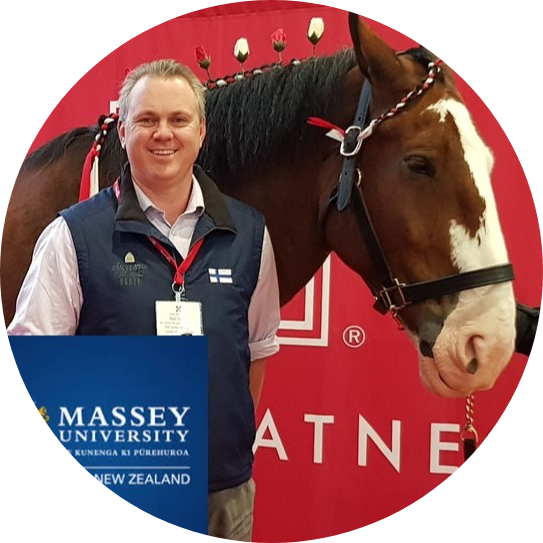 Ben Sykes is a veterinarian with over 22 years clinical experience. He is boarded with both the American College of Veterinary Internal Medicine in large animal internal medicine and the European College of Equine Internal Medicine in equine internal medicine.Throughout his career, he has worked with a wide range of horses, focusing on high performance horses in racetrack, breeding and sport horse settings. In addition to his interest in the management of high performance equine athletes, he has a strong interest in clinical research. His research has focused on gastrointestinal diseases of the horse with a specific focus on Equine Gastric Ulcer Syndrome (EGUS) and he is widely published on the subject including being the lead author to the 2015 ECEIM Consensus Statement on EGUS in the Adult Horse. Ben Sykes also maintains a strong interest in post-graduate education and speaks regularly at numerous conferences around the world on subjects relating to equine health. 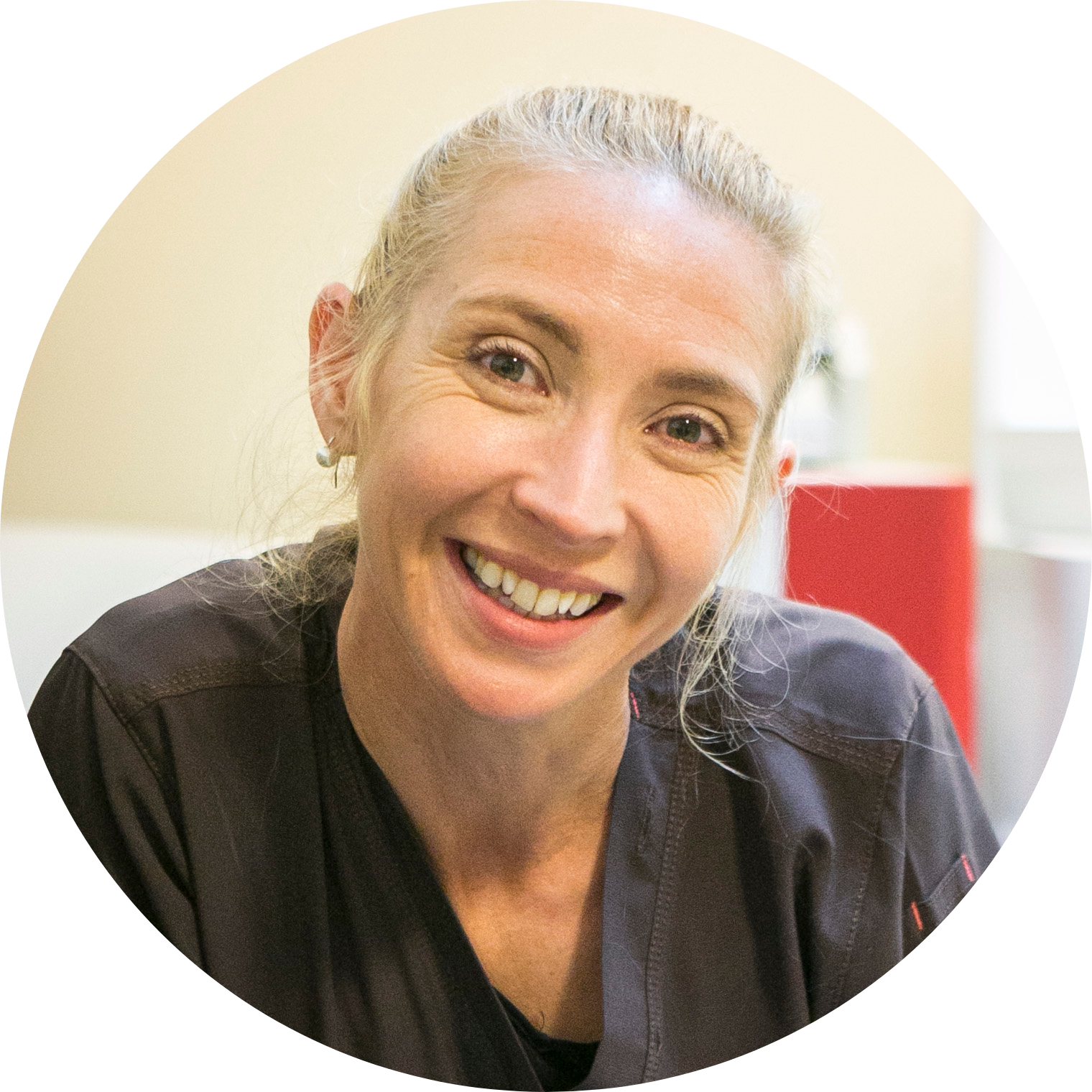 Clare is the Head Vet and Founder of The Cat Hospital. After 15 years working with all companion animals, she finally realised her ambition to open Ireland’s first cat-only hospital. She qualified in 1995 from University College Dublin and obtained an RCVS Certificate in Veterinary Radiology in 1999. Clare has studied feline medicine extensively and completed her feline examinations in 2012 and in 2018, she achieved a qualification in advanced feline behaviour. She is a member of the International Academy of Feline Practitioners and continues to dedicate her life to improving the lives of her feline patients.

Emma Tobin is a European Specialist in Veterinary Diagnostic Imaging. She works part-time in the UCD Veterinary Hospital as a Clinical Radiologist and part-time taking referral ultrasound cases in Cork and Dublin. Her main interests in veterinary diagnostic imaging include abdominal ultrasound in cancer staging, musculoskeletal ultrasound in dogs and echocardiography in all small animals. Emma enjoys teaching radiography, radiology and ultrasound to colleagues. 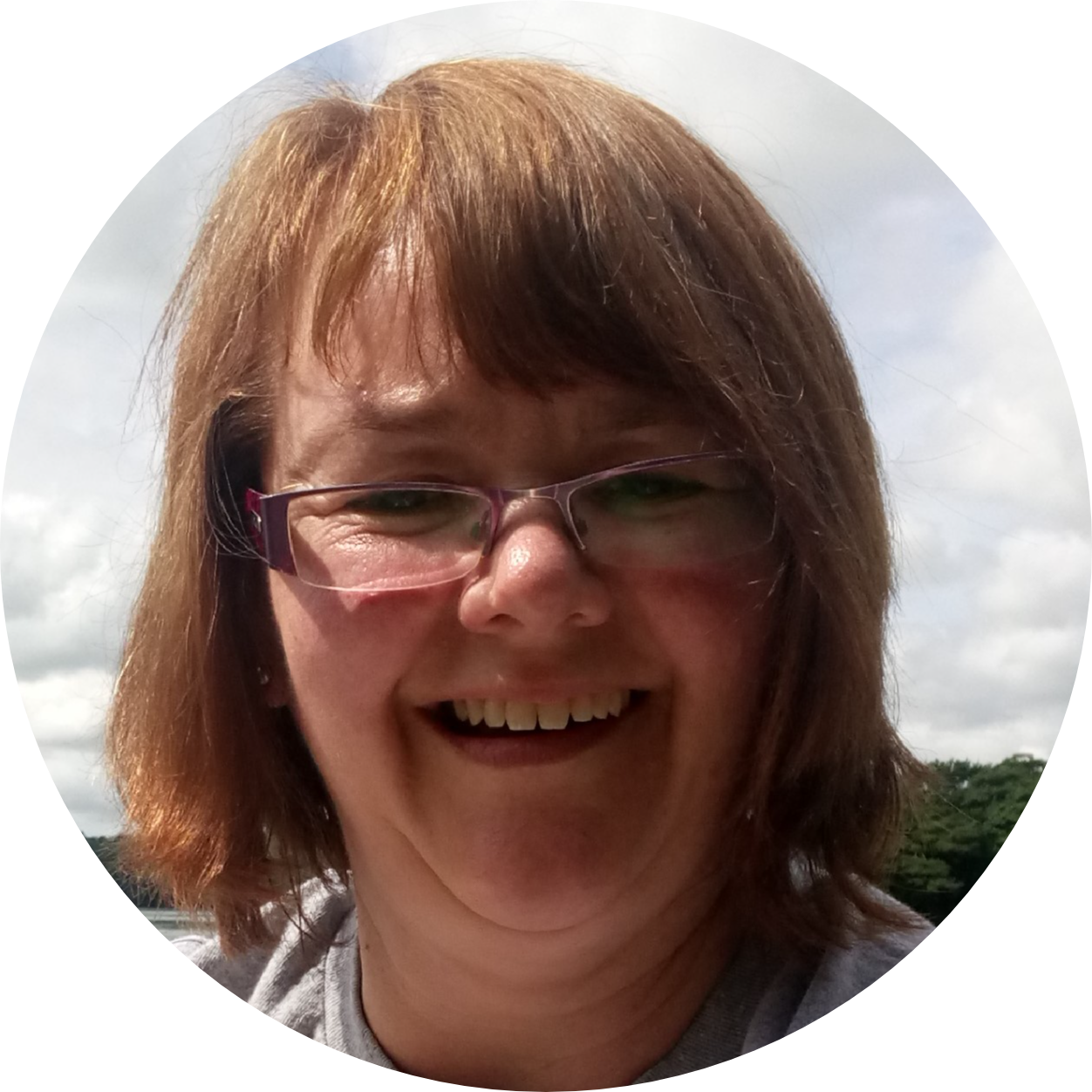 Georgina qualified as a Vet Nurse in the UK in 1988. She worked in practice there, before moving to Ireland in 2006. In 2011, she moved to teaching and referral work in UCD Veterinary Hospital, where she worked as Senior Anaesthesia Nurse. Since 2020, she been working as Locum Nurse, teaching anaesthesia in UCD and is a Research Assistant for an anaesthesia based teaching and learning study. Georgina has set up her own business Anaes- Easier, in which she aims to provide tailored training in all things anaesthesia to practices. 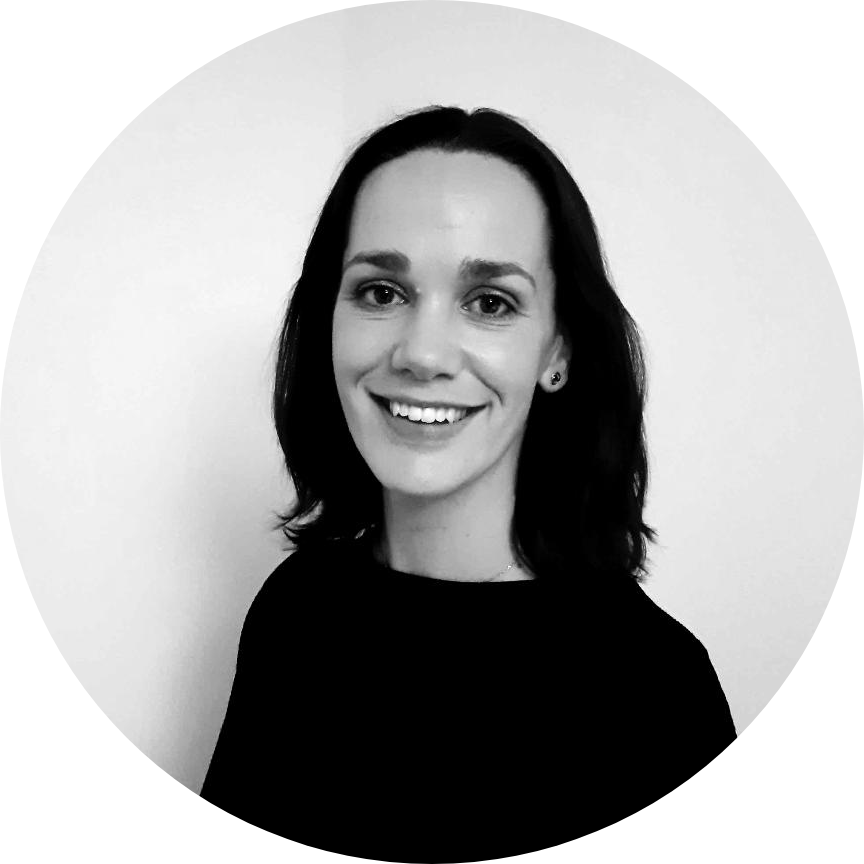 Gráinne graduated in Veterinary Medicine from University College Dublin in 2002 and achieved the RCVS Certificate in Veterinary Anaesthesia in 2006. She has gained experience in many companion animal hospitals in the Dublin area. Currently, she is working in first opinion small animal practice in Co. Meath and as an Anaesthetist for the Diagnostic Imaging Discipline in University College Dublin, Veterinary Hospital. 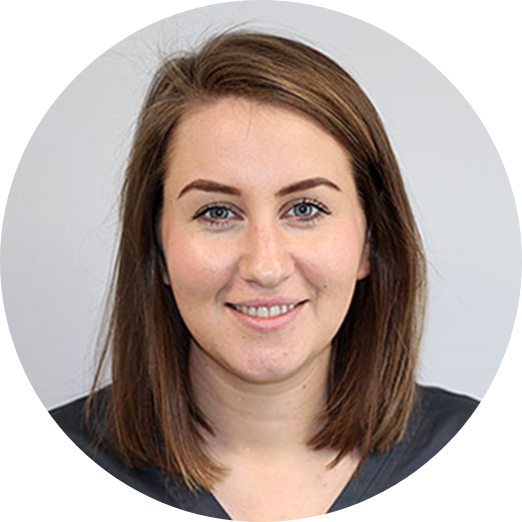 Grainne graduated from University College Dublin in 2013 with a BSc Hons degree in Veterinary Nursing. After 1 year of working as part of UCD Veterinary Hospital nursing team, she moved to Davies Veterinary Specialists in the UK where she spent 3 years as a rotating nurse and in 2017, she became a Patient Care Supervisor. In September 2017 she gained her Certificate in Emergency and Critical Care. In 2019 she helped set up Northern Ireland Veterinary Specialists in Hillsborough, a soft tissue, orthopaedic and cardiology referral practice. Her main interests include post-op management of soft tissue cases with a specific interest in septic patients. 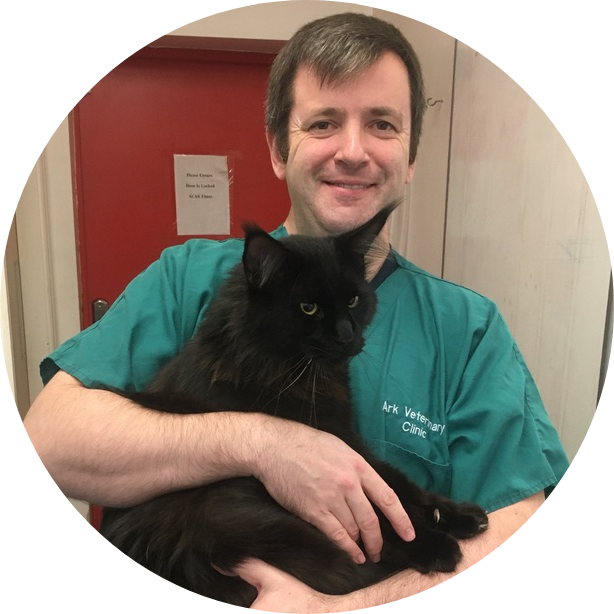 James graduated in 1998 and worked in the UK for 6 years, where he was mentored extensively, and developed his experience in orthopaedic surgery. He returned to Galway in 2004 and completed the RCVS Certificate in Small Animal Surgery in 2005. James has spent the past 15 years developing an orthopaedic referral service in the West of Ireland and understands the challenges of delivering high-quality patient care in general veterinary practice. He has continued to work closely with specialist colleagues in an effort to maintain practice standards. James has an interest in the prevention of postoperative complications in orthopaedics, particularly with regard to infection and is currently studying for a doctorate degree in this area. His other main professional interest is the development of mentoring and being mentored. 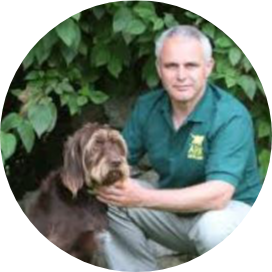 Jim Walsh qualified from University College Dublin in 1984. Once qualified, Jim then worked in the UK before joining Ark Vets in Dublin. Jim has a particular interest in soft tissue surgery and rehabilitation of the injured wildlife that is brought into the clinic. While also practicing in Dublin, Jim assists with the deer population in Pheonix Park. 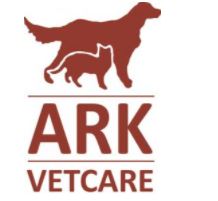 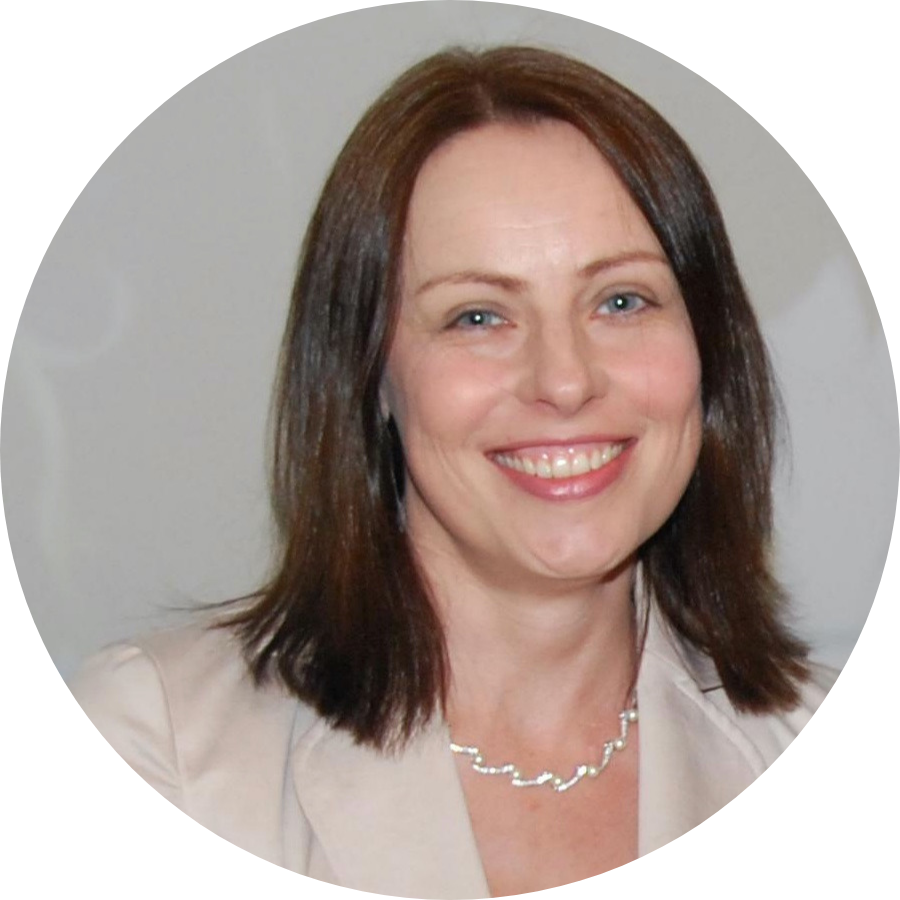 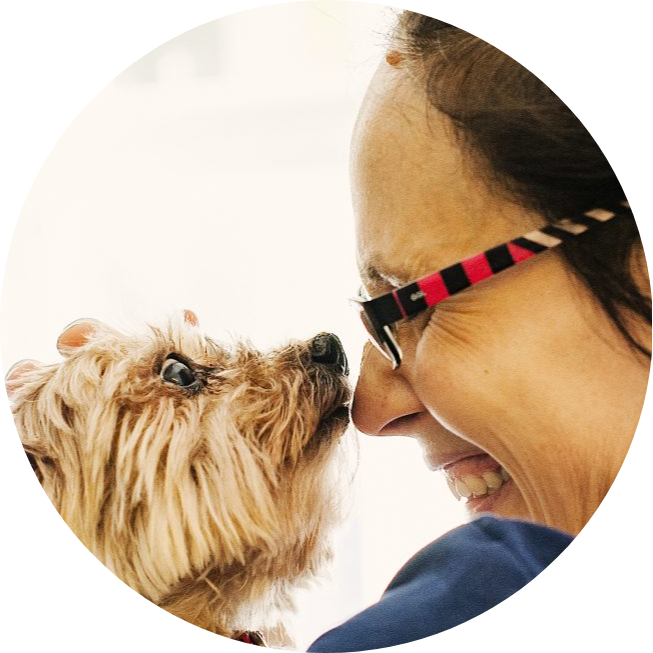 Nora graduated from the Ludwig-Maximilian University in Munich Germany in 2004. She conducted a two year field study on Lemur ecology in Sahamalaza, North Northwest Madagascar and gained her PhD from the Justus-Liebig University Gießen Germany in 2007. She moved to England, where she worked 10 years in small animal first opinion practice, spending more and more time focusing on veterinary dentistry. For the last four years Nora has worked as “Dental Consultant” for several small animal vet practices and Zoos in the UK and in Ireland and has also recently been awarded the ISVPS Certificate in Small Animal Dentistry & Oral Surgery. Nora has achieved this by studying the Improve International Dental & Oral Surgery Course. She moved with her husband and three children to Ireland in Summer 2020, lives in Dublin Zoo and is currently studying for the Improve International Certificate to become and advanced practitioner in Dentistry and Oral-facial surgery. 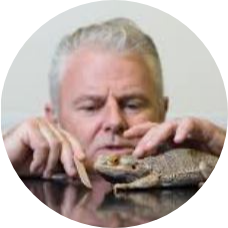 Pat O’Doherty qualified in 1984 from UCD. Having worked in a variety of mixed and small animal practices both in Ireland and the UK, he returned to Cork in 1990. While on a daily basis he is involved in all aspects of veterinary medicine, his primary interest in recent years is in wildlife medicine and exotics. He is currently the veterinary consultant to Fota Wildlife Park and will speaking on his experiences of using capture equipment in Fota Wildlife Park. 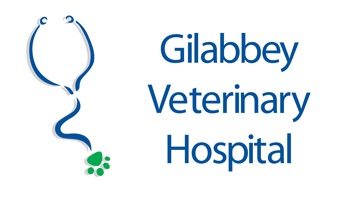 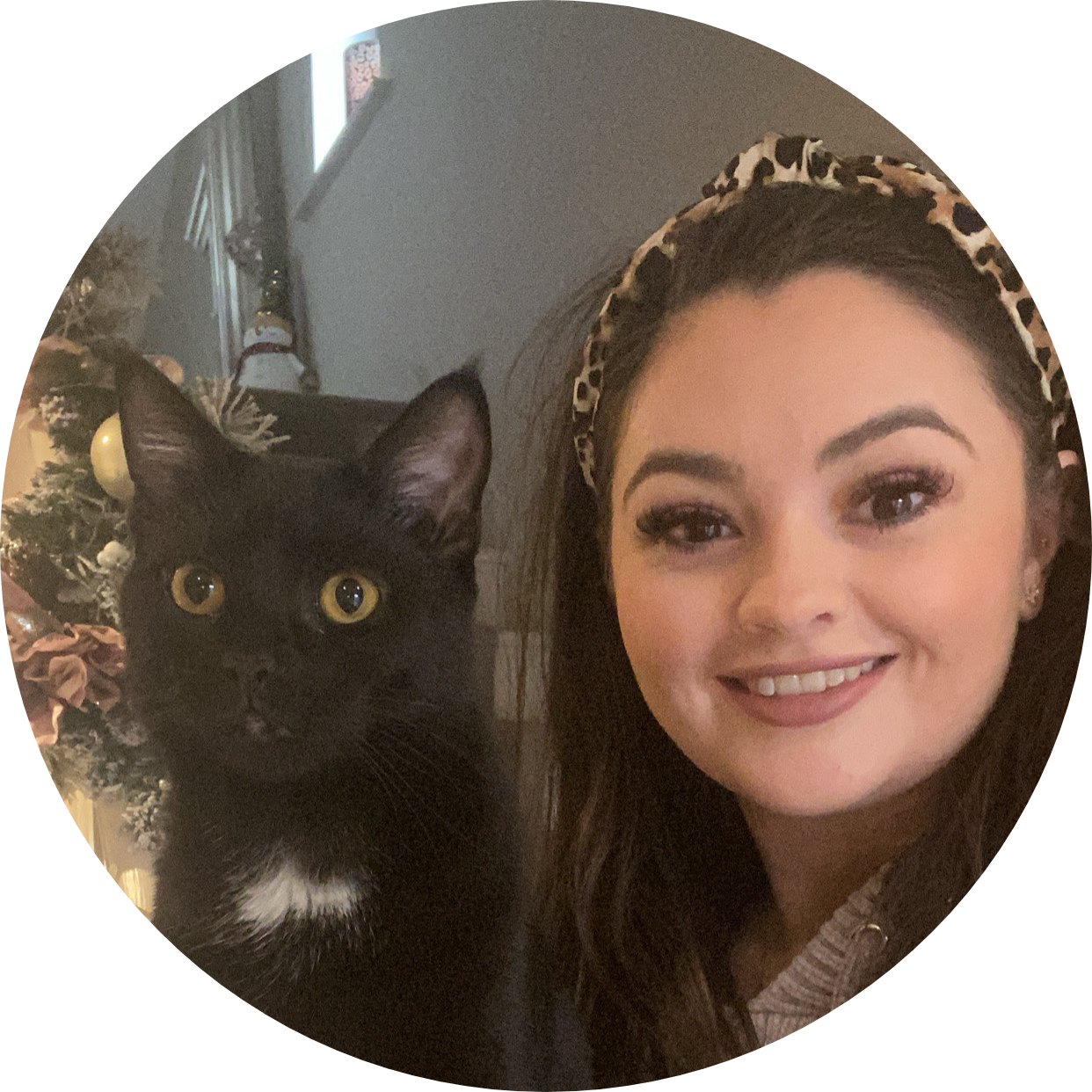 Rachel graduated in 2015 from St John’s College and has been working with small animals since. Rachel had no experience with cats prior to nursing and she very soon realised what she had been missing out on! She landed her dream job at The Cat Hospital in 2019 and hasn’t looked back since. She lives with her two hand reared kittens, Noche & Dias, and her rescue dog, Lexi. 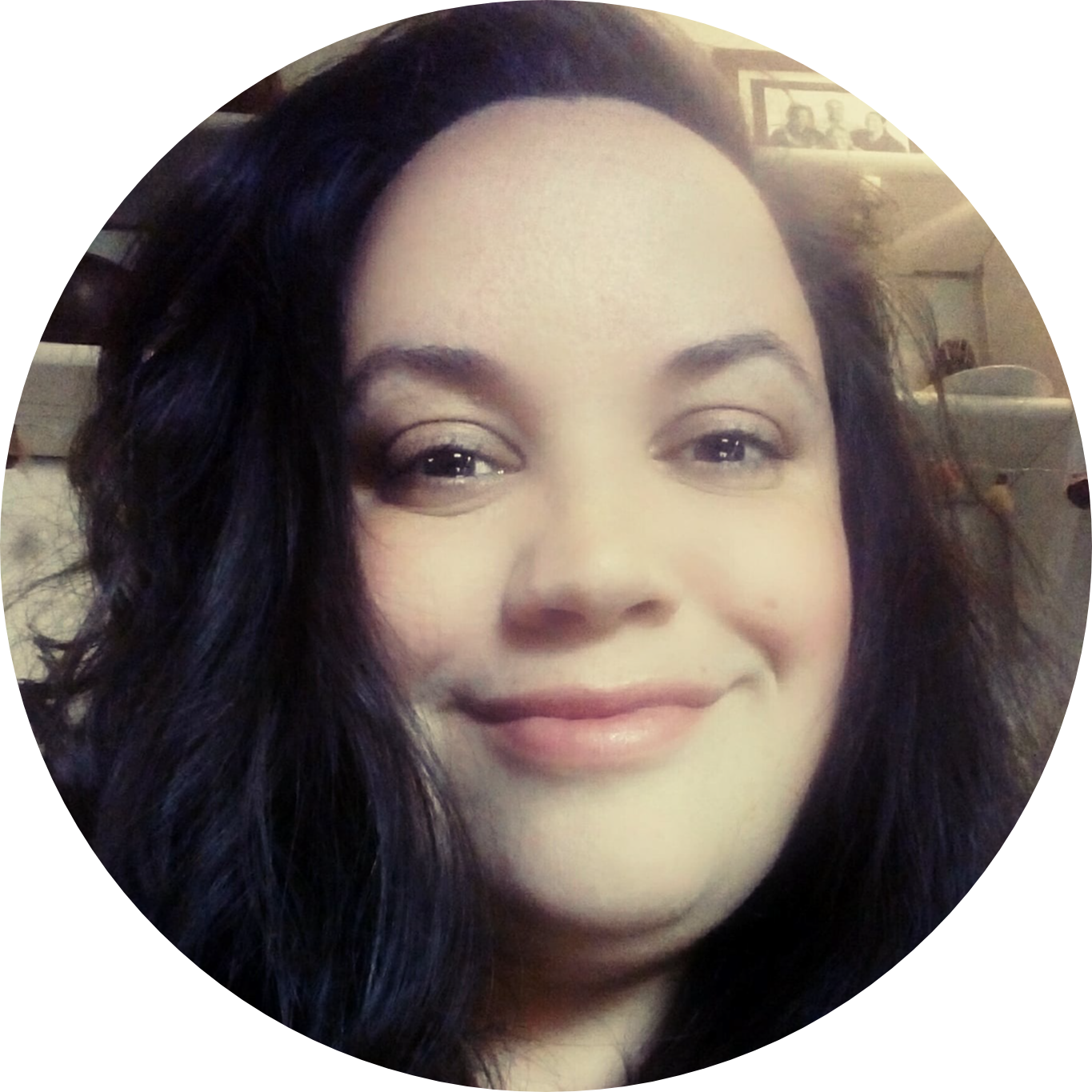 Rosie has spent 2 years in the UK working in both general and referral practice with CT & MRI prior to joining MyVet Lucan in June 2020. Rosie previously worked as an anatomist in the University of Veterinary Medicine, Budapest, following which she applied her passion in imaging to a radiology internship in the UK. To date Rosie has attended approximately 120 hours of CVE on CT and, in addition, is currently studying a Cert in Diagnostic Imaging. Her passion and enthusiasm for CT is infectious. 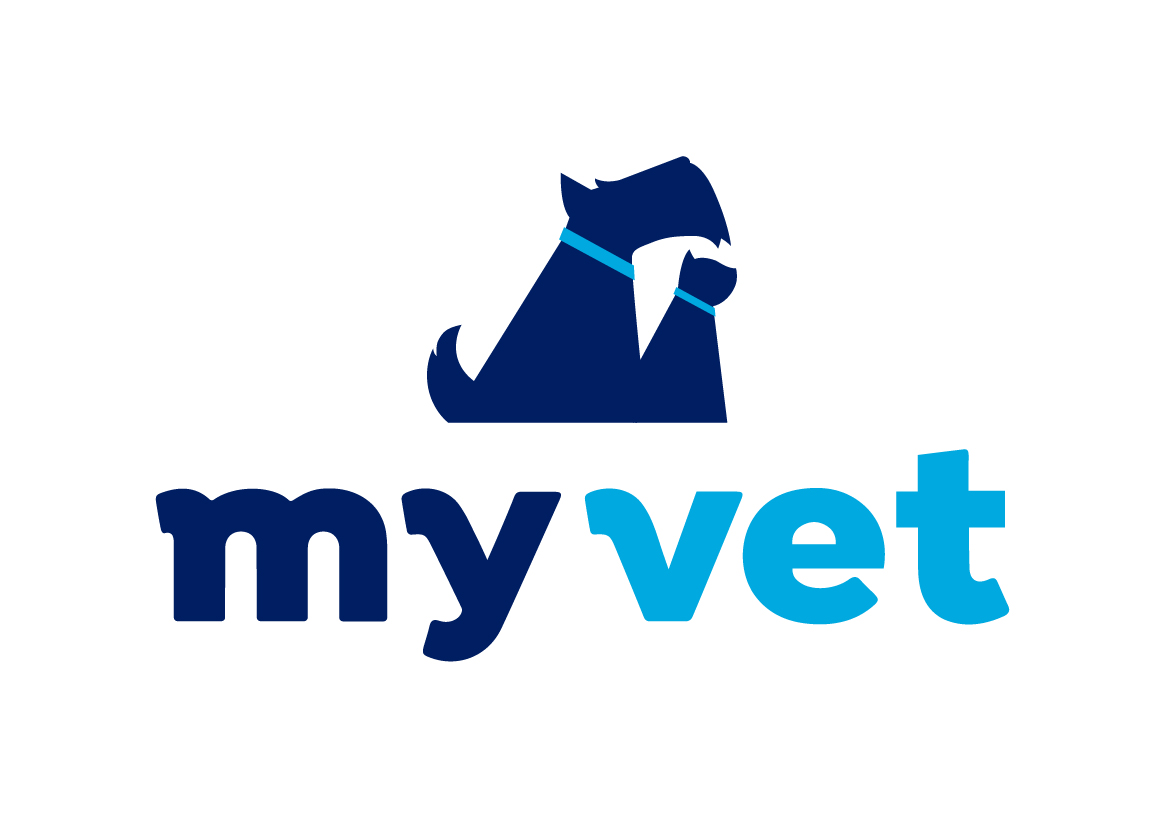 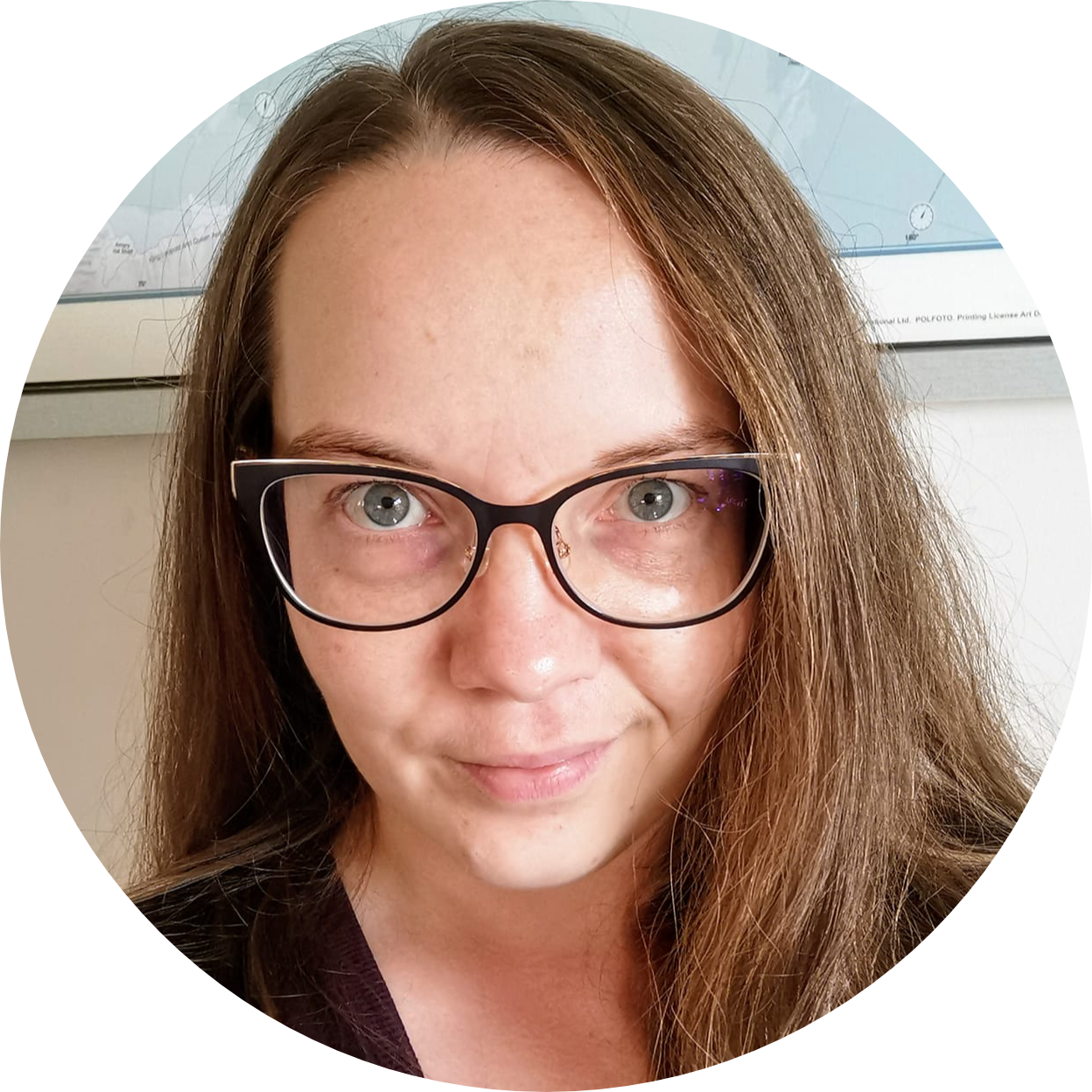 Sarah Ramsden RVN (pending NCert Dent) is a Senior Nurse in a busy 24-hour hospital. Her passion for companion animal dentistry prompted her to develop her own online CPD for veterinary nurses focusing on the practical and legal aspects of what Nurses are allowed to do in regards to dentistry following Schedule 3 of the Veterinary Surgeons Act, in UK. Sarah is the face behind ‘The Dental RVN’ on social media. 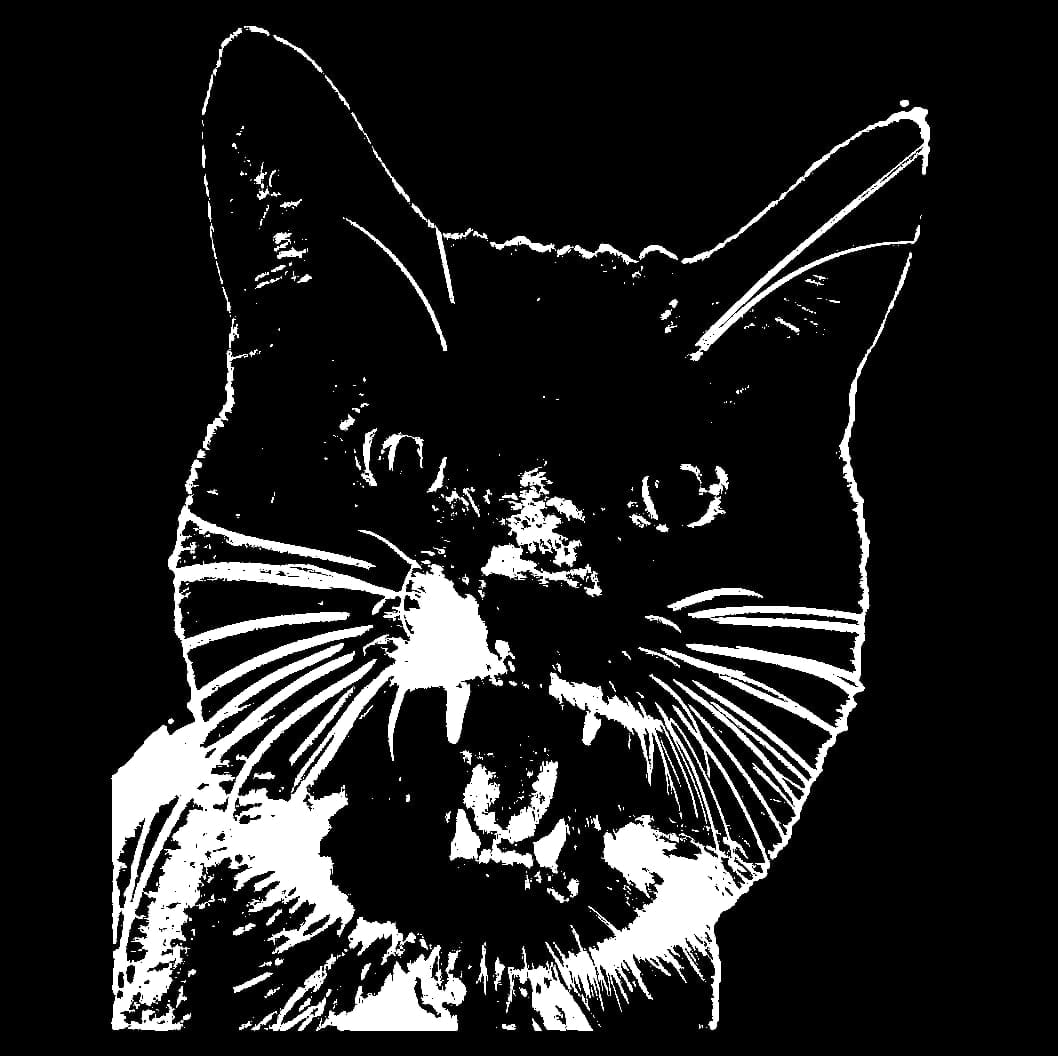 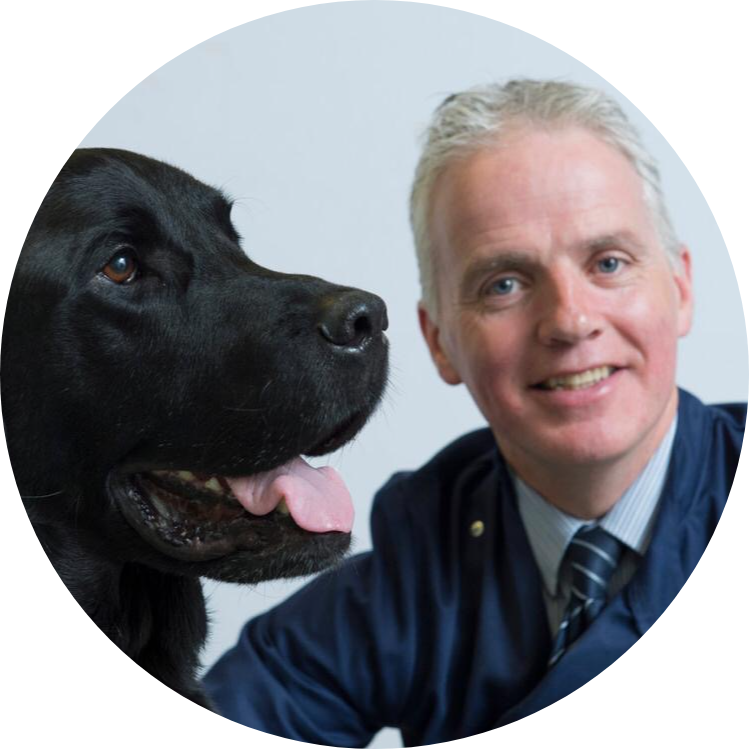 Shane qualified from UCD in 1986 and spent six years in private practice before heading to New Zealand in 1993 to do a Small Animal Surgery Residency. During this period, he became a Member of the Australian College of Veterinary Surgeons by examination, and gained a Diploma in Veterinary Clinical Science from Massey university also by examination. He then returned to UCD in 1997 as a clinical lecturer and really enjoyed the teaching experience during this period. Shane obtained a Certificate in Small Animal Orthopaedics and also became a Diplomate of the European College of Veterinary Surgeons in 2020. He then joined Gilabbey Veterinary Hospital where he has worked hard to develop our primary/referral service with a strong emphasis on teaching  staff and visiting veterinary students. He has always had a strong interest in small animal orthopaedics and neurosurgery and now has a renewed drive to develop his skills in soft tissue surgery. His professional goal is to continue to do his best and to be open to new ideas and learning.